Please join us on December 8th, 2-4 pm when our featured poets will be Sami Miranda, Linda Joy Burke, and Fran Abrams. In addition to sharing their poetry, the poets will also be discussing their other artistic, performance, and artistic endeavors and there will be time for Q&A.

The reading will be at the Quince Orchard Library (15831 Quince Orchard Rd./Gaithersburg 20878) and is hosted by Lucinda Marshall and will be followed by an Open Mic (time permitting because of the expanded discussion time).  Please feel free to bring a poem that you have written to share (one page maximum). 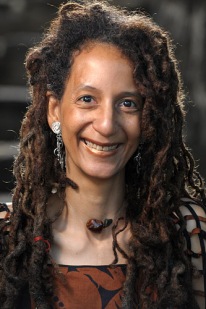 Linda Joy Burke is a 2002 Distinguished Black Marylander Award recipient for Art from Towson University’s Office of Diversity, a 2004 Coca Cola Company/NFAA Distinguished Teacher in the Arts nominee, a 2004 Poetry for the People Baltimore Legacy Award recipient, a 2008 Fox 45 Champions of Courage nominee, and a 2013 Howard County Women’s Hall of Fame inductee. She is a contributing editor to Little Patuxent Review, and co-hosts the Wilde Reading Series based in Columbia, Maryland. Burke’s poetry, fiction, op-ed columns, reviews, profiles and feature stories have appeared in numerous publications including: The Little Patuxent Review, Obsidian II Black Literature in Review, Beltway Quarterly, Passager, and many others.  She blogs at Moods Minds and Multitudes, The Bird Talks Blog Too, and I Grew Up to Be the Neighborhood Nosey Lady, and is on Twitter @ljoybird, and Instagram as Birdpoet. 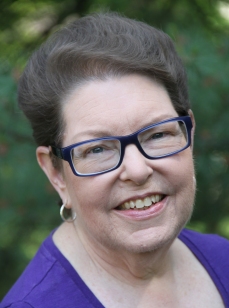 Fran Abrams holds an undergraduate degree in art and architecture and a master’s degree in urban planning.  She worked in government and nonprofit agencies in Montgomery County for 41 years, writing legislation, guidelines and reports. In 2000, she began creating polymer clay wallhangings.  In 2010, she retired from her job to spend more time on her artwork.  Fran’s art has been shown in juried shows throughout the country and in numerous shows in the DC region. Her work has won many competitive awards. In early 2017, Fran decided to write poetry and began taking classes at The Writer’s Center in Bethesda.  She continues to write, take classes and attend poetry readings and open mics and has recently published several poems. 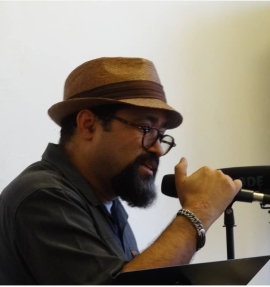 Sami Miranda is a poet, teacher and visual artist from the Bronx who has made Washington, D.C. his home. His poetry collection, “We Is” was published this year by Zozobra Press  and his chapbook, “Departure” was published by Central Square Press in 2017. He has performed his poetry at venues throughout the Washington, DC region, New York City,  and Charlotte, NC. He holds an MFA in poetry from the Bennington Writing Seminars.

We have a wonderful lineup of poets this upcoming fall!  All of our readings will be at the Quince Orchard Library, 2-4 pm, with an open mic following our featured poets.

We are excited to be dedicating both our October and December readings to poets who also pursue other creative work.  In addition to sharing their poetry, the poets will also be discussing their other artistic endeavors and how they work with multiple creative forms of expression.

More details and poet bios will be posted approximately a month before each reading.